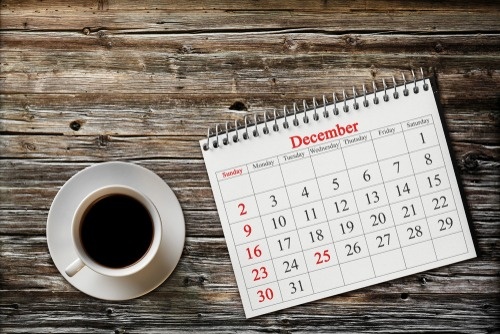 Stocks surged higher in November on rising optimism that the Fed would slow down future interest rate hikes.

Stocks rallied on the news but did an abrupt reversal when Fed Chair Jerome Powell struck a much more hawkish tone in his post-meeting press conference. Losses accelerated into the following day, cementing a poor start to the new month.2

The markets turned around the following week, however, when a lower-than-expected inflation report triggered the biggest one-day stock market gain in more than two years. The report revived hopes of a slowdown in the pace and size of future rate hikes. The tech-heavy Nasdaq gained 7.4 percent for the day.3

As the month progressed, public comments by Fed officials appeared to pour cold water on investors’ hopes. Despite these hawkish comments, stocks rallied during the holiday week and picked up momentum following the release of the FOMC meeting minutes the day before Thanksgiving.

The meeting minutes suggested that an imminent easing in rate hikes may be in the offing. The minutes revealed that most Fed officials felt a slowdown in the pace of rate hike increases was appropriate. Fed officials pointed to the growing risk that the Fed may increase rates beyond what was required to reduce inflation.

Stocks surged higher to close out the month after comments by Powell that the Fed was prepared to ease up on coming rate hikes.

What Investors May Be Talking About in December 2022

In the month ahead, the financial markets will again focus on the Fed as it concludes its two-day meeting on December 14. November’s 0.75% increase in the federal funds rate marked the fourth consecutive 75 basis points hike since June.

Inflation appears to be trending lower, and the job market is showing signs of cooling, which may help influence the Fed’s decision. The Fed has prepared the financial markets for its next move, so it’s unlikely to change course.5

Remember that a major life event may mean a change in your retirement, tax, or estate planning approach.

Overseas markets rallied in November as the MSCI-EAFE Index picked up 11.08 percent.6

Gross Domestic Product: The second reading of the third-quarter GDP was revised higher, to 2.9 percent from 2.6 percent.9

Employment: Employers continued to hire, with payrolls rising by 261,000 in October. While this is a strong number, it was down from 315,000 in September. The unemployment rate ticked higher to 3.7 percent, while average hourly earnings rose 4.7 percent from a year ago.10

Retail Sales: Retail sales rose 1.3 percent in October, helped by early discounting from retailers and purchases of building materials and home furnishings in the wake of Hurricane Ian.11

Industrial Production: Industrial production fell 0.1 percent, coming in lower than the consensus forecast of an increase of 0.1 percent.12

Housing: Housing starts declined by 4.2 percent in October, dragged down by single-family home starts, which reached their lowest level in nearly two-and-a-half years. The year-over-year decline was 8.8 percent.13

October’s existing home sales fell 5.9 percent from their September levels and 28.4 percent from a year earlier as higher mortgage rates drove potential buyers out of the market. It was the ninth consecutive month that sales fell.14

New home sales unexpectedly jumped 7.5 percent in October, despite higher mortgage rates. Sales were down 5.8 percent from a year ago. The median price of a new home rose 15.4 percent from last October’s level.15

Consumer Price Index: Inflation moderated in October, rising 0.4 percent month-over-month, and coming in below market expectations of 0.6 percent. The 12-month rate remained elevated at 7.7 percent under the consensus estimate of 7.9 percent. Core inflation (excluding the energy and food sectors) was 0.3 percent month-over-month in October, which was lower than the projected 0.5 percent.16

Durable Goods Orders: Orders of goods expected to last three years or longer were up 1.0 percent, exceeding economists’ expectations of a 0.4 percent increase.17

The Federal Reserve announced a 0.75 percent rate hike in federal funds at the conclusion of its two-day November meeting of the Federal Open Market Committee (FOMC). In the statement accompanying the announcement, the FOMC said that future rate increases would take into account the cumulative monetary tightening to date and the lag in the impacts resulting from such tightening.

In his post-meeting press conference, Fed Chair Powell added that it was too soon to consider any slowdown in the pace of rate hikes and that the terminal rate may be higher than originally expected.18

In the November meeting minutes released just before Thanksgiving, Fed officials indicated that they were likely to slow the pace of rate hikes soon, suggesting that such slowing may begin with December’s meeting.19

I went into the woods and got it. I sat down to seek it. I brought it home with me because I couldn't find it. What is it?

LAST MONTH’S RIDDLE: I'm dressed in a golden jacket. I take it off abruptly, accompanied by a loud noise. When I do, I become larger, but I weigh less. What am I?

ANSWER: A kernel of corn - popping.