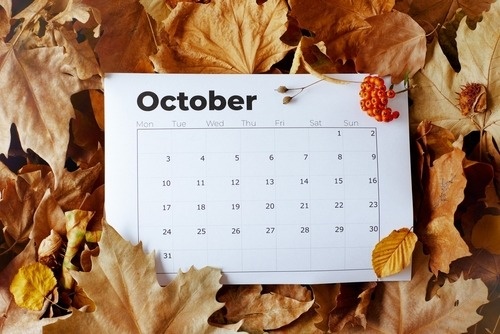 Stocks trended lower in September as investors retreated in the face of rising bond yields and growing recession fears.

Investors came into September with optimism that the inflation report would show a meaningful decline in inflationary pressures. But the August Consumer Price Index (CPI) report showed a rise of 8.3 percent in consumer prices from a year ago, which was above consensus. Stocks sagged, and bond yields surged on the news.2

Though the CPI number was incrementally lower from June and July, it was the rise in core inflation (excluding energy and food prices) of 6.3 percent (an increase from its 5.9 percent rate the previous two months) that unnerved investors.2

The Federal Open Market Committee's (FOMC) decision to hike interest rates by 75 basis points in late September didn't come as a surprise. But what unsettled investors may have been the Fed's message that rate increases were likely to go higher for longer than the markets had anticipated.3

FOMC members suggested that interest rates may rise by at least another 1.25 percentage points by year-end, with short-term rates potentially reaching as high as 4.6 percent in 2023 and no rate cut likely until 2024. FOMC members also revised economic forecasts, including raising their estimates for inflation and unemployment.3

What Investors May Be Talking About in October 2022

In mid-October, China's Communist Party will be holding its five-year planning meeting that will likely elect President Xi to a third term and possibly as "president for life." This meeting will also craft the framework for China's economic and foreign policy for the next five years.6

The most immediate issue is whether China will maintain its zero-COVID policy, a decision that has slowed domestic and international economic growth, affected global supply chains and resulted in rising disaffection among its citizens.

Observers also will be watching for any policy statements concerning Taiwan. Any Chinese talk that implies possible military action may add another geopolitical risk for the financial markets.

China is an essential cog in the global supply chain and an important market for Western products and services. The degree to which it pursues cooperation or confrontation will hold implications for global economies and markets in the years ahead.

Existing homes sales fell 0.4 percent from July to August and 19.9 percent from a year ago. The median sales price dropped for the second straight month.15

Consumer Price Index: Consumer prices moderated in August as year-over-year inflation rose 8.3 percent, a slight decrease from its 8.5 percent pace in July and down from its recent peak of 9.1 percent in June. But core prices (excluding food and energy) rose 6.3 percent in August, up from June and July.17

The FOMC also issued new projections suggesting that interest rates may be increased by another 1.25 percentage points by December. It also said unemployment may rise to 4.4 percent by the end of 2023 (up from August’s 3.7 percent level) and that interest rates may reach as high as 4.6 percent in 2023, with a rate cut unlikely until 2024.19