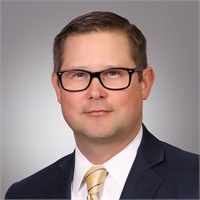 Todd J. Jakubik*, CFP® is a seasoned financial professional specializing in asset management and cash flow analysis. Since becoming a partner at Total Financial Concepts in 2006, he has developed a comprehensive approach to helping individuals and families achieve their financial goals. Todd currently oversees *$200 million in assets.

From 2012-2017, Todd was recognized as a Five Star Wealth Manager by the acclaimed New Jersey Monthly magazine.

Todd has a Bachelor of Science in Finance from Monmouth University. Since his undergraduate studies, Todd had ambitiously pursued professional licenses and accreditations. The Certified Financial Planner Board of Standards Inc. owns the certification marks CFP, CERTIFIED FINANCIAL PLANNERTM and (CFP® Professional) in the U.S., which it awards to individuals who successfully complete CFP Board's initial and ongoing certification requirements. In 2013 Todd received the CFP® certification. In addition he is licensed in multiple states to offer both life & health insurance, and investments. He currently holds Series 7 and 66 securities registrations.

Todd resides in Colts Neck, New Jersey with his beautiful wife, Elizabeth, and his daughter, Charlotte. In his spare time he enjoys fishing and surfing at the Jersey Shore.

**Asset Allocation is a method used to help manage investment risk, driven by complex, mathematical models and should not be confused with a simpler concept of diversification nor does it guarantee to protect against investment loss in declining markets.

Wealth managers do not pay a fee to be considered or awarded.